Why should I invest in Bitcoin? 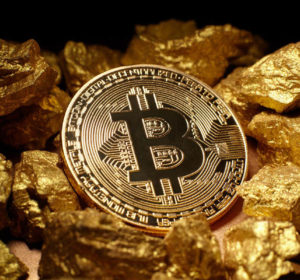 Part 9 of the Bitcoin basics series spoke about how to store your cryptocurrency. In part 10 we look at why you should invest in Bitcoin.

Bitcoin represents an exciting step for the future of currency.

Up until this point, peer-to-peer transactions have traditionally seen parties exchange goods, precious materials, or fiat currency that is regulated and controlled by a central bank and is subject to peaks and valleys in value that are determined by geographic and political concerns.

For the first time, bitcoin offers a concrete method for transacting parties around the world to exchange value without the interference of a regulator without sizeable delay.

Bitcoin’s continual price gains have been fueled by worldwide interest in the cryptocurrency, and though one’s losses can easily outstrip one’s gains, investing in bitcoin further represents a promising investment vehicle through which one can not only be part of the future of currency, but further accrue wealth while doing so.

Fundamentally, bitcoin represents a break in a global paradigm that has existed for years – and it is one that has excited investors, pundits, and onlookers alike. While the future remains in flux – as bubble concerns, international regulations, and new laws mount – bitcoin remains an intensely exciting new development that could well change the world as we know it.

At CoinInsider, we’ll be covering the growth of cryptocurrencies and their acceptance around the world though covering not only breaking news, but further through incisive editorial pieces exploring cryptocurrency markets, their adoption, the regulation they may face, the technology behind them, and price peaks and valleys along the way.

If you’re as captivated by the emergence of this new technology and how it could change the world, we invite you to join us as we capture the first-draft of this defining moment in history.

You have reached the end of our Bitcoin basics series, to read the rest of the articles, go here.

The post Why should I invest in Bitcoin? appeared first on Coin Insider.