Why Bitcoin crashing might not be a bad thing 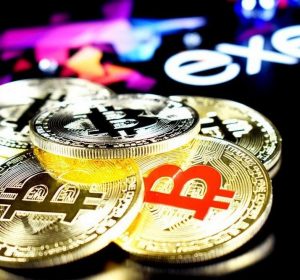 While Bitcoin s price might have taken a tumble from higher ranges in trading amidt its bull run, crypto analyst PlanB believes it’s not an entirely bearish sign.

According to the analyst, who is well known in the crypto industry for his stock-to-flow model, Bitcoin’s correction might just be a midway dip as historically seen in 2013 and 2017.

Nothing goes up in a straight line. #bitcoin has gone up 6 months in a row, until this month. This looks like the mid-way dip that we also saw in 2013 and 2017. pic.twitter.com/uaCn9GCHGI

PlanB’s model estimates Bitcoin’s price trajectory; an upward direction in reference to various factors such as the mining halving reward and limited supply. Using this model, PlanB’s predictions have held up fairly well with any corrections or declines in the market falling within the ranges the crypto analyst has set.

In the past few months of trading, Bitcoin has smashed its all-time record high reaching almost $65,000 USD just over ten days ago. Since then, the token struggled to test higher and took a tumble below $48,000 USD at a startling 26% downturn in daily trading. Despite this dip, the stock-to-flow model remains intact with prior rallies in the Bitcoin market. Looking at the chart presented by the crypto analyst, Bitcoin’s price and bullish run has seen – and survived – major corrections and setbacks in price.

Looking at the previous Bitcoin halvings – in 2012, 2016 and another four years later in 2020 – a Bitcoin rally followed approximately 18 months later. Amist the bull runs were setbacks, where experts and traders worried might mark the end of the rally, only for Bitcoin to increase in price again.

Looking at PlanB’s sentiments, “nothing goes up in a straight line“, meaning that Bitcoin might yet continue its trajectory upwards and a sustained bull run heading into May.