What is an ICO bounty program? 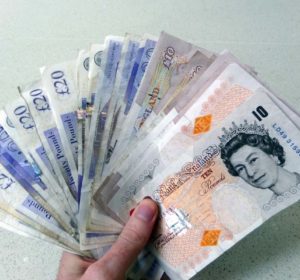 The concept of a bounty program comes up every now in and again in initial coin offering (ICO) projects. Despite what it might sound like, it has nothing to do with getting paid in coconut chocolate.

The origin of online bounties

The term “bounty” is known to mean a reward for some sort of task or activity performed and it is carried into online platforms too. In the digital world, bounties made their first appearance on gaming platforms which offered rewards to users who participated in the development of games.

In other words, one could describe a bounty as a trade exchange whereby the participant offers a service and is granted a reward in compensation.

Like in the gaming world, bounties have made their way into the cryptocurrency ecosystem and many an ICO project have seen the inclusion of the concept. This is in order to explore a range of tasks that the development team might not be able to get to. Many crypto startups use bounties as a means to test for bugs, for marketing strategies or for looking at ways in which to improve the infrastructure of the project.

There are certain occasions where a company might make use of a bounty without the inclusion of an ICO, such as in the case of trying to find out important information. Earlier this year Binance, one of the leading trade exchanges, offered $250 000 USD in reward for the arrest of hackers involved in irregular transactions. However, it is more common that bounty programs are offered before the ICO has opened or after the ICO has closed.

There are many different types of activities which might be offered as bounties but common types of pre-ICOs include activities such as:

This bounty is offered to most junior members of the  Bitcoin alk forum. In this activity, a project would launch a code-embedded signature and participants who post the signature stand in line to gain rewards from the project. The participant’s ranking plays a major role in how big the reward might be.

Participants who have a notable following on their blogs are likely to be eligible to perform a sort of task which might see feature articles about the project published. Similar to a social media campaign, rewards are most likely based on the impressions or reach that an article might make.

Like pre-ICO programs, there are a variety of different activities on offer. Most common tasks come in the form of:

John McAfee, of the McAfee anti-virus software company, has made use of this bounty program in his “unhackable” wallet.

This task sees participants translate certain project related text into different languages. Participants who are multilingual can gain rewards for either translating pertinent project documents or for acting as a translator in online forums. Most copy that is often translated in bounty programs is text on the company’s website or the project’s white paper.

The post What is an ICO bounty program? appeared first on Coin Insider.