What is a reverse ICO? 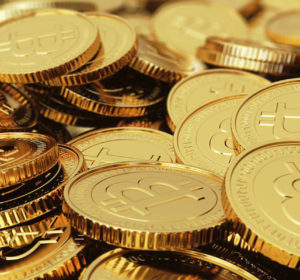 As we’ve covered previously, Initial Coin Offerings, commonly abbreviated to ICOs, are a fundraising method by means of crowdfunding. In cryptocurrency communities, a distributed web of investors – based in varying locations around the world – are able to invest and purchase tokenized assets in new blockchain projects through either fiat currency, Bitcoin or Ether.

ICOs are similar to the concept of Initial Public Offerings (IPOs) in the stock exchange which see the initial public sale whereby investors can purchase shares of a company; ICOs see investors purchase the project’s tokens (which act like shares) and pay in a cryptocurrency, such as Bitcoin.

ICOs are a means for blockchain startups, and other projects, to quickly amass funding and (potentially) break into a worldwide market with a particular idea, product, or venture.

‘Reverse ICOs’, as they have come to be called, use the process of an initial coin offering to tokenize or decentralize their business, accrue additional investment, or launch a blockchain-based arm of their traditional business.

In simple terms, while a ‘traditional’ ICO aims to rapidly acquire funding to start or launch a blockchain business or project, a ‘reverse’ ICO sees an established firm raise funds to decentralize or open their pool of investors.

What are the benefits of reverse ICOs?

Given that many large-scale firms either have a track record, are regulated by regional authorities, or have already conducted an Initial Public Offering (IPO), reverse ICOs are thought to be more easily valued and can function with greater legal and fiscal transparency and trustworthiness.

While small and medium businesses can attract venture capital and funding rounds, large-scale firms have largely had to turn to an IPO to attract mass funding from a variety of investors. While this process is beneficial and can be thought to add prestige to certain companies, the process involved is highly regulated and usually only open to accredited investors.

Through a reverse ICO, companies are able to distribute tokenized assets or utilities to raise funds or functionality to a variety of worldwide investors without – for the most part – needing to follow a laborious legal process or comply with extraneous regulation.

What are reverse ICOs for?

In some cases, established firms have conducted a ‘reverse ICO’ to establish their own economies within their product. A noteworthy example is messaging app Kik, which successfully performed an ICO and launched its own cryptocurrency – Kin – for use within its app to facilitate payments and purchases.

In other cases, reverse ICOs have enabled companies to distribute and decentralize their operation or ownership over a blockchain, without the need to proceed through the normal processes involved when conducting an IPO.

While it remains to be seen in practice, it is thought that many companies in future may show interest in performing reverse ICOs with the view of launching new products or attracting crowdfunded investment.

The post What is a reverse ICO? appeared first on Coin Insider.