To the moon? Bullish Bitcoin price smashes another barrier 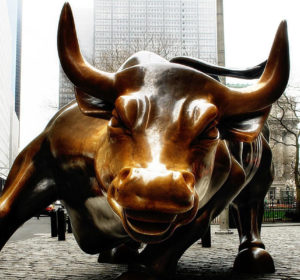 Bitcoin price has smashed a significant barrier of resistance to bag a new all-time high of over $60,000 USD and it looks like the bulls aren’t finished yet.

Bitcoin has been testing and just above the $58,000 USD mark with this level acting as a barrier the token was struggling to break through. Each time Bitcoin price neared, it would fall back as a result of factors like investors selling or whale activity.

Finally, though, the value of Bitcoin has broken the barrier and is now looking at a price tag of over $61,246 USD at the time of writing. This stands as an optimistic 7.86% increase in daily trading with a whopping 23.30% increase in the weekly trading price. Looking at the charted price of Bitcoin over the past week, it’s obvious that the token’s trajectory has been on the incline steadily with corrections along the way. 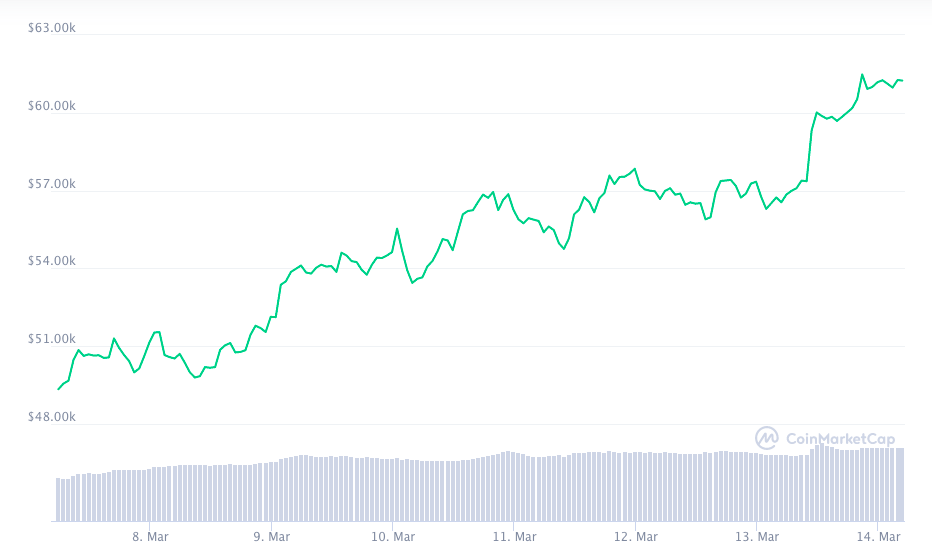 As observed by the research team at Bitcoin analyst firm Whalemap, this steady rise has been a historic trend in the past few bullish cycles over the past decade in Bitcoin’s life. The chart below implies that Bitcoin price might not be at its highest in this currency rally and that there might just be more positive activity ahead. 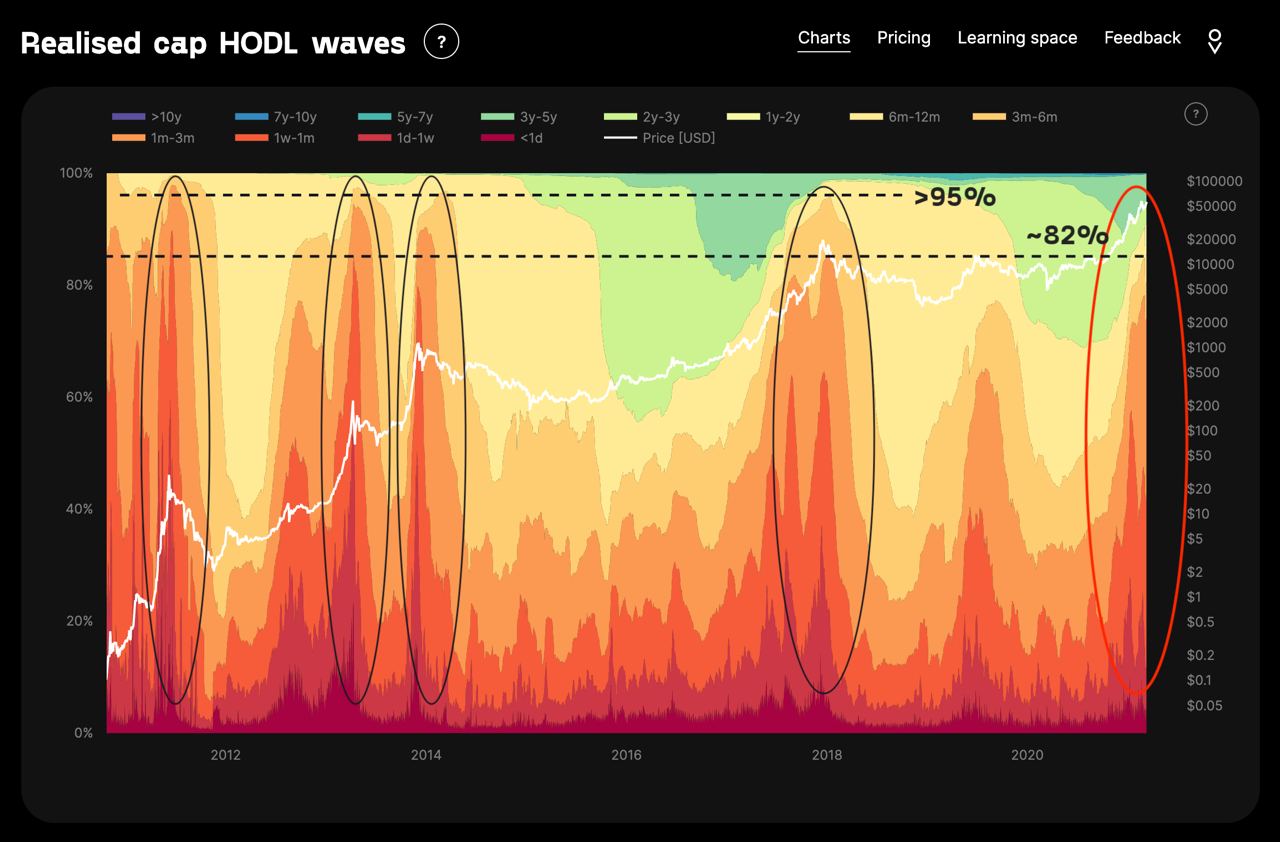 Where is Bitcoin heading?

If Bitcoin does continue on this positive trajectory, with support from investment firms and large-scale retailers added to the mix, the next level could be marked down to break soon. Analysts suggest that the next level which could be difficult to break is around the $72,000 USD zone. If the bulls break that, the cryptocurrency could be headed towards testing $100,000 USD.

The post To the moon? Bullish Bitcoin price smashes another barrier appeared first on Coin Insider.