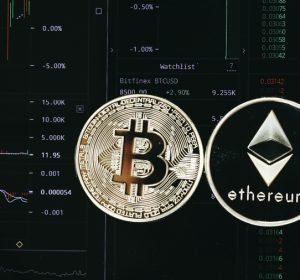 An executive at the Soros Fund Management believes that Bitcoin should no longer be considered a fringe asset as a result of the increase in supply in the cryptocurrency industry.

Speaking with Bloomberg, Dawn Fitzpatrick – Soros Fund Management’s Chief Information Officer – noted that the firm had recently picked up interest in the cryptocurrency industry, specifically looking at Bitcoin. This comes at a time when the United States dollar has been struggling to maintain its strength and has been suffering from increasing inflation.

Dawn Fitzpatrick, head of the legendary asset management shop sees an ‘inflection point’ for #Bitcoin and other #cryptocurrencies. The Soros Fund Management CIO, however, gives a mysterious response when asked if she owns any bitcoin.

She suggested that Bitcoin is heading to an important time – where institutional adoption is increasing and more retailers are taking note of the asset. She stated:

“We think the whole infrastructure around crypto is really interesting, and we’ve been making some investments into that infrastructure — and we think that is at an inflection point. I think when it comes to crypto generally, we’re at a really important moment in time, in that, something like Bitcoin might have stayed a fringe asset, but for the fact that, over the last 12 months, we’ve increased money supply in the U.S. by 25%.”

The Soros Fund and cryptocurrency

In the last two months, the Soros Fund has made two investments to fund cryptocurrency-related projects. With both projects having their central focus on Bitcoin, the implication stands that the Soros Fund is not only interested in Bitcoin from a hypothetical point of view. The investment and interest in the cryptocurrency industry seem to be in stark contrast to the fund’s perspective on storing money in the US dollar. As Fitzpatrick offered: