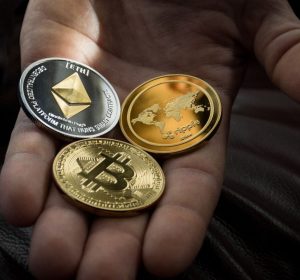 While Ethereum gains new strength, Bitcoin dominance falls and the leading cryptocurrency struggles to hit high values, experts are wondering if Bitcoin will always remain on the top tier of the podium. Kevin  O’Leary, the Shark Tank business mogul, however, has certainty that Ethereum is not in a position to overtake Bitcoin in the market.

Speaking on CNBC’s Make It series, O’Leary noted that he could not see Bitcoin falling behind Ethereum’s market volume and value:

The comments come amidst Ethereum’s quick rise to breaking record highs, while Bitcoin battles to keep above $52,000 USD – more than $10,000 USD dropping rapidly after recently hitting an all-time high.

Ether’s use cases differ from Bitcoin

According to O’Leary, Ether has a greater chance of being used as a “tracking and payment system“. As it stands, however, the price of one ETH is slightly too high for that use-case to be fully realised currently. Bitcoin, on the other hand, is seen as an investment asset with institutional investors making moves to adopting the cryptocurrency.

“…Bitcoin hitting new highs almost every week is proving that there are interests being brought out of all kinds of institutions now trying to figure out: Is it a currency? Is it an asset? Is a property?.. That gives you an idea of the institutional and individual interest.”

O’Leary made a 180-degree move in his perception of cryptocurrency. Previously, he saw the industry of cryptocurrency as “crypto crap” and referred to Bitcoin as “not a real currency”. While he might not be advocating cryptocurrency as a financial alternative to traditional economics, he has confirmed the investment opportunity in the digital currencies, since announcing his allocation of 3% of his portfolio to Bitcoin.