Nine new Bitcoin billionaires and what they do in the market 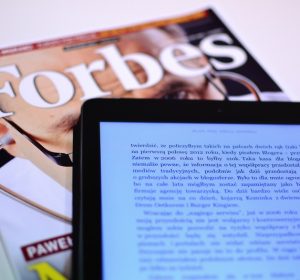 Forbes has released the annual list of billionaires, listing the richest individuals in the world. For the fourth year in a row, Jeff Bezos is sitting at the top with Elon Musk sitting close in second. Also in the top ten are Bill Gates in fourth, Mark Zuckerberg taking fifth, and mogul Warren Buffet in the sixth position. After Bitcoin’s surge and the adoption of institutional investment, it should come as no surprise that the cryptocurrency industry is looking at 3 times the number of billionaires on the list as the year before.

Last year’s list boasted four individuals. This year, nine new cryptocurrency billionaires have been added taking the total up to twelve. Here are the newcomers and what their space is in the market:

Okay, here we’re looking at two individuals but they’re twins and work together on all of their projects. You might know them from the Facebook scandal – suing Zuckerberg for IP theft and winning a multimillion-dollar settlement in the case. They used their winnings to invest in Bitcoin and started their own cryptocurrency exchange Gemini almost seven years ago. Today they’re looking at a net worth of about $3 billion USD apiece.

One of the co-founders of Ripple, McCaleb is holding approximately 3.4 billion XRP. As the founder of Stellar, he also owns about 1 billion Stellar Lumens (XLM). Selling about $400 million USD in Ripple tokens, McCaleb’s sitting on about $2 billion USD worth of cryptocurrency assets and fiat altogether.

Sam Bankman-Fried founded crypto trading firm Alameda Research and derivative platform FTX. With a net worth of $8.7 billion USD and age of only 29, Bankman-Fried finds himself on both the billionaires’ list and Forbes’ 30 under 30 list.

Draper is a name that’s been in crypto for some time. With a net worth of around $1.5 billion USD, he managed to make his way by purchasing $18.7 million USD in Bitcoin back in 2014. One might know his name from Tezos – a cryptocurrency project that launched in the earlier days of blockchain.

Ersham helped Brian Armstrong co-found Coinbase in 2012. He left the company five years ago but came back as a board member of the firm. With Coinbase’s massive revenue stream and Ersham’s 6% stake in the company, he’s estimated at around $1.9 billion USD.

In 2015, Silbert formed the Digital Currency Group in 2015. This firm owns the prominent Grayscale Bitcoin Trust – another institutional firm that has been making massive waves in the market. Silbert has a net worth of around $1.6 billion USD.

MicroStrategy has been making waves in the cryptocurrency market as one of the biggest institutional adopters. Saylor as the CEO made some early calls to hold Bitcoin on the balance sheet of his firm, taking the firms assets to new heights. He’s looking at a net worth of $2.3 billion USD.

CZ as the founder of Binance is a well-known name in the cryptocurrency industry. With nearly all of his portfolio in cryptocurrency and a massive 30% estimated stake in the company, CZ’s net worth is around $1.9 billion USD.

As the Chairman of Bloq and a massive cryptocurrency investor, Roszak enjoys a net worth of $1.5 billion USD.

The post Nine new Bitcoin billionaires and what they do in the market appeared first on Coin Insider.