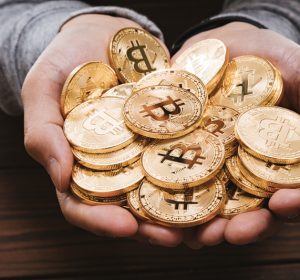 Intelligence firm MicroStrategy, spearheaded by Bitcoin bull Michael Saylor, has added another 271 Bitcoin to its reserves – highlighting the CEO’s confidence in the cryptocurrency Saylor stated that Bitcoin was valued at $55,387 USD per token when the purchase was made. This latest purchase put MicroStrategy back by $15 million USD. With this purchase taking MicroStrategy’s total Bitcoin holdings to 91,850 BTC, the average purchase of their Bitcoin has been $24,403 USD.

The intelligence firm disclosed this purchase to the United States Securities and Exchange Commission (SEC) through a Form 8-K filing listing the purchase under its financial events.

While now might be a good time to buy in the market, as Bitcoin corrects with remarkable price dips – possibly as a result of Elon Musk’s change of heart in accepting Bitcoin payments for Tesla – Saylor has noted that MicroStrategy’s purchases are not timing the market. His strategy has been to buy Bitcoin regardless of market trends, noting earlier this year that it will continue to buy Bitcoin and not slow down the rate of adding the token to its balance sheets.

With this latest purchase, MicroStrategy now holds nearly 0.5% of all Bitcoin circulating – making the firm one of Bitcoin’s whales. According to the CEO, the company is buying Bitcoin with the belief that the cryptocurrency will hold itself as a dependable value store in the economy, following a rocky year in the US market.

MicroStrategy is one of several institutions to look to Bitcoin as a long-term investment as part of its business strategies. Tesla, despite Musk’s latest move, is another major player in the market that has recently dipped its toes into the cryptocurrency scene.