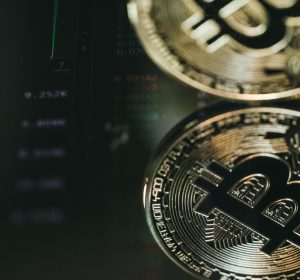 Derville Rowland, Ireland’s central bank director, has warned investors that Bitcoin and cryptocurrency investment runs the risk of major loss of funds. According to the director, Bitcoin is a speculative asset and should be treated with care.

This comes after Bitcoin saw one of its biggest sell-offs in history. According to a Bloomberg report, Rowland stated:

“Crypto assets are quite a speculative, unregulated investment. [People should be] really aware they could lose the whole of that investment.”

She also noted that the rising popularity of digital currencies and cryptocurrency is concerning given the immense volatility and the lack of regulation in the space. Rowland believes that the investment sector currently has a long way to go, but that diversifying portfolios with assets like cryptocurrency is not the way she would advise.

“The investment management sector is not diverse, and needs to work considerably harder on this topic. It’s something that we have brought to the attention of boards, and it’s something that is dear to my heart.”

While Bitcoin might have seen a massive dip as the market saw a major sell-off in the last month, the cryptocurrency is still looking at an impressive increase as an asset. Over the past year, Bitcoin’s price has risen from its lowest trading value of $8,975.53 USD. While it’s not at its highest-ever value of $64,863.10 USD – a price tag it saw last month – it’s still looking at a whopping 306% increase over the year.

Bitcoin being called a speculative asset is not new in the market and the token has received criticism and claims for its volatility. Whether it’s going to continue rising, dropping drastically or trading sideways remains to be seen still. What does seem to stand, however, is that it’s seeing increased adoption as an investment asset or a means of exchange. More and more institutions are jumping on board using Bitcoin or adding crypto to their balance sheets. Until Bitcoin picks a direction in short-term trading, the advice – as always – is to do research into the market (especially if you are investing in alternative cryptocurrency tokens) and to invest whatever you might be prepared to lose.