Ethereum to overtake Bitcoin? Perhaps, according to Pal 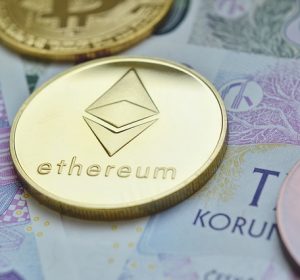 During the course of yesterday’s trading, Ethereum took advantage of Bitcoin s weakening dominance to bag an all-time high.

Despite the bearish turn, the second-leading cryptocurrency took today, Ethereum saw a bullish rally to reach a record $2,600 USD for the first time ever, enjoying nearly 10% gains in daily trading. This, amidst a tumble that Bitcoin and the rest of the cryptocurrency market were seeing.

While Ethereum has since corrected with a nearly 11% decrease – a bearish fall after the brief rally – analysts are remaining bullish about the health of the altcoin. With DeFi, NFTs, and other projects reliant on Ethereum, it’s likely that this respite is a temporary one with a bullish spike plausibly on the way again.

As reported yesterday, Bitcoin’s dominance has taken a major knock. Since then, it’s fallen below 50%. Experts predict that this figure represents the start of “alt season”, where the altcoins in the market see floods of fresh investors and trading volumes. Historically, Bitcoin’s break in dominance has been picked up with altcoin’s seeing green.

While this might be the case, the market is looking red currently with few tokens seeing gains at the time of writing.

Ethereum – about to see a possible breakout?

According to Real Vision CEO Raoul Pal, Etheruem might be headed to overtake Bitcoin in adoption, use-case and possibly value. He told his Twitter followers:

To be brutally honest, I stare at the chart of ETH/BTC and I see an enormous rounded bottom with potentially huge breakout just above…. pic.twitter.com/85hfawq0bx

In the thread, he continued on:

“When you price anything up in DeFi, NFT, community tokens or even metaverse worlds, everything is basically priced in ETH, including designers time etc. ETH is rapidly becoming the currency of the digital world and BTC is the pristine collateral and base layer.”

The post Ethereum to overtake Bitcoin? Perhaps, according to Pal appeared first on Coin Insider.