Tesla, the American electric vehicle and clean energy company co-founded by Elon Musk, made an announcement on Monday in a filing with the Securities and Exchange Commission, that they have bought $1.5 billion worth of bitcoin, and are now accepting bitcoin as a payment option. This makes Tesla the first major automaker to accept bitcoin.

For some this move by Tesla, comes as no surprise, since Elon Musk has always expressed positive commentary when asked about the legitimacy of Bitcoin. Some would even say that he endorsed Bitcoin in its early stages. In recent weeks, Musk has been very vocal about cryptocurrency on Twitter, adding hashtags such as #bitcoin to his bio and stating that he thinks that “bitcoin is a good thing, and I am a supporter of bitcoin”, on social media.

Some financial analysts predict that Tesla’s investment in bitcoin could be a gamechanger for the cryptocurrency market.

Of course, these endorsements added to the increasing interest in cryptocurrency investment, so much so that the price of bitcoin skyrocketed to about $44,200, just hours after the announcement. Tesla also benefited as its shares went up by more than 2% on Monday morning. However, Tesla did warn its clients that cryptocurrency, particularly Bitcoin is volatile.

Tesla, may be one of the first heavyweights to embrace bitcoin, but it certainly won’t be the last. Bitcoin interest is at an all time high, with companies like PayPal, Fidelity Investments and Square now allowing their clients to be involved in the digital asset.

“I think we will see an acceleration of companies looking to allocate to Bitcoin now that Tesla has made the first move,”

“One of the largest companies in the world now owns Bitcoin and by extension, every investor that owns Tesla, or even just an S&P 500 fund, has exposure to it as well.”

Bitcoin has the potential to open up the world and put all (at least virtual) workers on the same platform. Where one Bitcoin is always one Bitcoin, and if people are paid in Bitcoin, they know what that means…”

Justin Sun, Founder of and CEO of TRON and CEO of BitTorrent and Peiwo

We all know that investing can be a lucrative proposition, provided you know how to do it right. With so many companies flocking to put their money into the stock market these days, you need to know what you are doing if you want to make it big in this game. The word investing itself means investing your money. To invest in a stock is to put money in anticipation of some profit in the near future. So how does one go about investing in stocks? 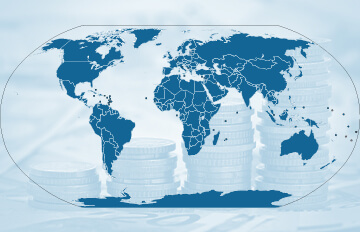 We all know that investing can be a lucrative proposition, provided you know how to do it right. With so many companies flocking to put their money into the stock market these days, you need to know what you are doing if you want to make it big in this game. The word investing itself means investing your money. To invest in a stock is to put money in anticipation of some profit in the near future. So how does one go about investing in stocks?

One thing you should know about the stock market is that it’s quite volatile. It goes up and down with the fortunes and the popularity of particular companies. However, there are some things you should consider before plunging into the arena of investment. Firstly, you should have a clear idea as to what kind of investment you wish to make. Are you planning on buying shares or a particular company? Or would you like to make a long term investment?

Short term investments, as the name suggests, are those made for day to day consumption. These investments pay higher returns when the market is booming, but tend to come unstuck during recessionary times. Long term investments are an investment that you plan for the long term, such as retirement or a pension. You will also need to be aware of the ups and downs of the market, as well as the factors that cause fluctuations in prices. You should also consider how much you are willing to risk on the stock market.

It is important for the investor to do their research in order to determine which investments might create wealth for them in the future. You should seek help from financial gurus who can give you expert advice about what type of investment to pursue. They can help you decide whether an investment is a good fit for you based on your current lifestyle and situation, as well as help you analyze your personal goals. Some individuals may want to invest their money into a higher price investment such as the stock market, while others may desire to invest in a lower price instrument such as bonds. Regardless of your preferred investment avenue, doing your research will be crucial to your future success.