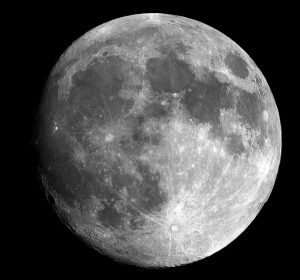 In a shocking move upwards, Dogecoin has exploded in price to gain more than double its value within 24 hours of trading.

In the past day, Dogecoin has moved up by 101.99% in price with a whopping 331.18% increase in the past seven days. The meme-coin turned hot asset has seen its fair share of attention recently, but this move seems to have blown the market out of the water. At the current price, Dogecoin’s $0.25 USD means the cryptocurrency has also gained over 5,000% in the year-to-date returns.

Climbing values and climbing the ranks

Not only has Dogecoin’s latest surge skyrocketed the value of the token, but it has also gained enough in market cap to surge to the top ten. Sitting in eighth place in terms of market cap for the crypto market, Dogecoin managed to overtake hard-hitters like Litecoin, Chainlink and Uniswap.

The price action seemed to have happened so rapidly that professional trading investors like Scott Melker were taken by surprise. He tweeted in reaction to Dogecoin’s surge:

This is the first $DOGE pump I have missed in years, but I still absolutely love to see it. Favorite asset of all time, changed my life in 2017.

Happy for you guys who are in it, innit?

As associated with Dogecoin surges, Elon Musk tweeted about the token. Despite the usual trend, however, Musk’s tweet came following the price hike, rather than ahead of it. Commonly, whenever Musk tweets about a cryptocurrency (mainly Bitcoin and Dogecoin), the price responds quickly with an increase. This time, it seems the reasons behind Dogecoin’s rapid rise this time are not as a result of the “Dogecoin Army” (consisting of Musk, Gene Simmons and Snoop Dogg) and their Twitter fandom.

Doge Barking at the Moon pic.twitter.com/QFB81D7zOL