Did Dragons Den Feature Bitcoin in an Episode? 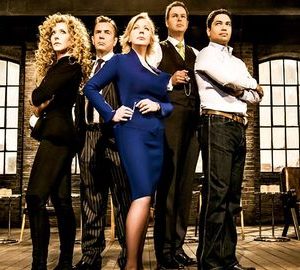 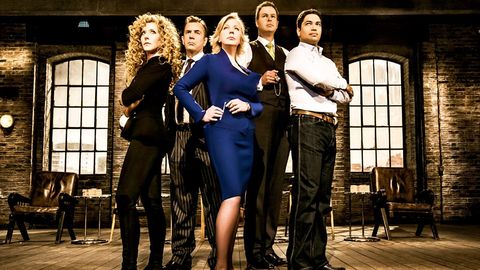 The famous UK TV show featuring the five Dragons who invest in the latest and greatest inventions has been subject to rumours of investing in Bitcoin. These rumours have suggested that the show featured Bitcoin investors in one of its episodes. Apparently, the cryptocurrency was discussed and invested in according to the rumours.

It is not surprising that Dragons Den is part of these rumours as the successful business show is held in high regard.

What is Dragons Den?

Dragons Den is a television show based in the UK. The show has run for a number of seasons and has featured an array of celebrity business people. The show is presented by Evan Davis who introduces new contestants each week. These contestants pitch ideas for funding of their ventures in return for a percentage of equity.

This allows hopefully entrepreneurs to pitch to these seasoned professionals in hopes of securing the capital and expertise they need to grow their businesses.

The Entrepreneurs have to specify how much they are looking for and for what percentage. The rules of the Den state they must leave the Den with at least what they asked for, or they leave with nothing.

Some of the Dragons that have featured on the show:

Why is Bitcoin so popular?

Bitcoin has been viewed as the first Cryptocurrency to go viral and mainstream. Bitcoin can now be used to pay for items on many online stores and some offline stores too. There are even talks about you being able to buy your new Tesla with Bitcoin.

The rise in the price of Bitcoin has caught a lot of attention from the media, with some of its early adopters going from broke to millionaires through the price spikes.

With a lot of new trading platforms coming out, there are many options for new investors making it easier to invest.

We searched deep on the internet and Television but could not find any record of Dragons Den promoting or featuring Bitcoin. These rumours are often used by bloggers to gain popularity, and we can safely say that this rumours is unfounded.

But we don’t know what the future holds, maybe Dragons Den will start investing in businesses using Bitcoin as the currency. But it is unlikely to happen very soon.

With Dragons Den not being part of the Bitcoin endorsement, it does not mean that you should avoid Bitcoin. There have been many studies showing the profitability of Bitcoin and with many great trading systems coming out, it is easier than ever to invest in the cryptocurrency market.

The post Did Dragons Den Feature Bitcoin in an Episode? appeared first on Coin Insider.

To invest in real estate is not something to be taken lightly, as the outcome can be lucrative or even disastrous. You must be able to calculate the amount you are willing to put in and how much time, effort and money it will take you to realize that profit. Investment in real estate requires a lot of common sense and an unbiased perspective. It is not a hobby but rather a business that can bring great rewards or liabilities for those who take the right decisions.

The primary goal of any investment is to generate a profit over the long or short term. If you are planning on being a long-term investor, real estate is a good place to start. It is not as risky as the stock market and offers higher chances of earning high returns compared to other investments like bonds or equities. Real estate is also a tangible asset which, unlike the stocks, can be easily sold or transferred to generate income in case of a divorce or a transfer to a new partner.

Short term investments are meant to help you cover living expenses or generate emergency funds. These are typically seen in bonds and the stock market. However, if you look at the situation closely, there is a significant difference between the two. Bond interest rates are usually determined by factors such as credit risk, duration of loan and current financial health of the issuer. On the other hand, real estate investments are almost completely risk-free since the buying and selling of properties is basically carried out by financing institutions.

Investing in bonds is a way of increasing your income. This is a smart move when the interest rates are low and there is a trend of rising inflation. However, if you are looking for a secure investment, stocks are the best options available. Stocks are typically thought of as a long-term investment, since they do not fluctuate much in value. There are a wide variety of investment markets available, from blue chip stocks to micro-cap stocks, and the risk of holding them is generally low.

Another advantage of stocks is that you can invest in them individually and you will always get a return. However, when you are planning to invest in the bond market, you need to invest in multiple companies in order to increase the returns. In contrast, when you are investing individually in individual stocks, you have no guarantee that you will get good returns, which means you may have to sell all your stocks to break even.

If you want to make the most of your money and increase your chances of getting a good return on your investment, it is important that you diversify your investments in all sectors. This will ensure that you are not dependent on any one sector, thereby reducing the risk of suffering financial setbacks. Even when you are already investing, it is still advisable to diversify the portfolio so that you are no longer depending on just one or two sources of income. This will also help to protect the value of your investments in case the economic growth is going against you.