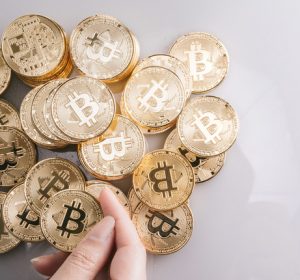 Peter Van Valkenburgh, research director at Coin Center believes that Bitcoin is probably not going to dominate the financial system in the future, despite the direction bulls think the cryptocurrency industry is headed in.

Van Valkenburgh offered his opinion on the matter in a recent interview with the Washington Journal on C-Span, saying that he thinks Bitcoin might be helpful in “oppressive states” where the banking system is shakey. But he does not see the cryptocurrency rocking the economy across the world entirely:

“The fact of the matter is that there’s going to be times when a Bitcoin transaction is what you want. Definitely, if you are in an oppressive state like Nigeria or Belarus you might find it more useful to use Bitcoin. In the U.S., we have a pretty stable banking system. We have the rule of law, we have a pretty well-functioning government.”

Van Valkenburgh: Bitcoin more of an investment than a financial stir

Depending on the region, Bitcoin offers different major use. In some countries, according to the research director, Bitcoin offers itself as a speculative asset that investors will use to pad and expand their portfolios. In other countries, however, the token can be implemented to act as a means for more flexible, faster transactions.

“Generally speaking, here in the U.S., you’ll probably still use credit cards and Venmo and things like that, but maybe you’ll want to buy some Bitcoin because it can be a way to balance your investment portfolio against the threat of inflation. So maybe, you know, as part of a balanced portfolio that includes other safer investments, you might have a little bit of Bitcoin to hedge against inflation.”