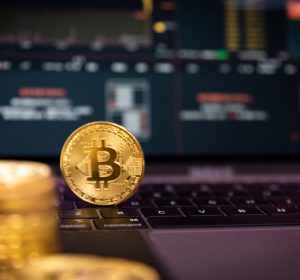 Glassnode, on-chain cryptocurrency data aggregator, has released information highlighting how the amount of Bitcoin held on centralised exchanges has dropped over the past year, indicating possible bullish activity.

According to Glassnode data, investors have been withdrawing their Bitcoin and storing the cryptocurrency into cold storage for safer, more secure keeping. In the past twelve months, Bitcoin storage on central exchanges has dropped by almost 20%. This might not be great news for the exchanges, which will suffer from a lack of fees and trader activity, but it implies overall health in the market.

The analytics firm also shared data that revealed that cryptocurrency tokens purchased this year were not moved during the dip towards the end of last month. According to Glassnode’s metric, which measures how cryptocurrency is either held and stored or transferred and moved, there has been increased activity in accumulation. The data collated indicates that nearly 60% of Bitcoin’s supply in total circulation has not been moved in more than 12 months. Of this, however, nearly 35% has not moved in more than five years. This indicates either that many investors are long-term focused or (more likely the case), some of the Bitcoin has been lost.

As Bitcoin investors move their tokens out of exchanges and into cold storage, the supply on centralised exchanges diminishes significantly. This means that the price of Bitcoin is likely to remain at a level close to the current value if investors keep their tokens in storage. This spells good news for the overall health of the crypto ecosystem and could lead to a prolonged rally and a delayed winter. Other factors that could be keeping Bitcoin supply lower include the rise of decentralised exchanges and decentralised finance (DeFi) protocols.