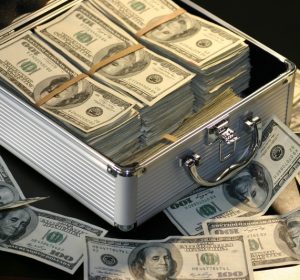 Alchemy, a leading blockchain development firm, has announced a massive $80 million USD round in its Series B to continue developing its non-fungible token (NFT) market. The funding round was led by Coatue, a tech-centric investment firm, and venture fund Addition Capital. The Glazer family and DFJ Growth were also involved in the funding round.

With this fundraise, Alchemy’s value has been brought to a tidy $500 million USD. Already invested in the project, Pantera Capital, Coinbase, Samsung, Stanford University, Charles Schwab, and Jerry Yang of Yahoo! will see the benefit of this latest round and gained investment.

The boom of the NFT market has acted as an ideal hype for platforms and firms like Alchemy to continue building and scaling up. As more investors are seeing uses for digital apps and blockchain-based collections in the NFT realm, more money is plugged into the industry. Alchemy is a good example of the growth potential for this emerging space, having launched only over a year ago in December 2019. Since its launch, it has grown by nearly 100 fold, gaining 97 times its worth over the past eight months with investment rounds bringing its valuation up.

Alchemy is the main name behind platforms including Dapper Labs – which has led to NFT collections like Crypto itties, NBA Top Shot, and Beeple’s exceptionally popular art – as proven by a sale of his art worth $69 million USD earlier this year. Alchemy is also responsible for the tech behind NFT platforms like OpenSea, Nifty Gateway, and Gods Unchained.