Bitcoin’s struggle to regain strength could indicate a bear run 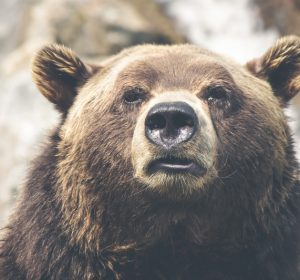 Bitcoin price has been threatening a further drop, trading near the $30,000 USD support level early this week. To make matters more volatile, experts and analysts in the field are predicting that the token will possibly be looking at a bearish trajectory.

With a nearly 11% price drop over the past 24 hours of trading, Bitcoin is showing little to no signs of a short-term uptrend. After tagging an all-time high of $64,863 USD in April, Bitcoin has struggled to retain any strength in the market. At the time of writing, the cryptocurrency is looking at a $32,759 USD price tag.

According to Janet Yellen, United States Treasury Secretary, has voiced that she foresees higher inflation – an indicator that would usually promote the price of Bitcoin. Instead, Bitcoin dropped a further nearly $1000 USD after a minor rebound back to $33,000 USD.

Crypto Ed, one of the industry’s prominent traders, noted that he sees Bitcoin bouncing down before taking a step back up:

#BTC update
It did the white ABC I posted before the weekend. Now in green box but I’d expect 1 more leg down today, followed by a bounce to ~35k
From there down again, sub 30k, or “up only” again, but the latter feels more like a miracle tbh. pic.twitter.com/WuLcdzbcnY

Bearish news for the market?

While it is still early days, analysts believe this might be beginning of another cryptocurrency winter heading out of a significant bull run. As Timothy Peters, of Cane Island Alternative Advisors investment, put it, this drop has lasted 17 days consecutively with no signs of a rally. He noted that historically, this has signalled the end of a bull run.

#Bitcoin price has dropped below 200-SMA for 17 consecutive days and counting. This metic has *always* marked the end of a bull run and the start of a bear market. pic.twitter.com/6dpiFbUI7A