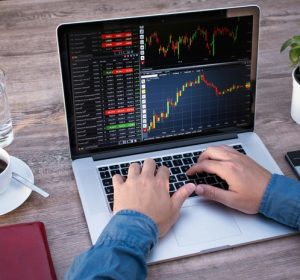 According to a Bloomberg analyst, Bitcoin price might have set itself up as one of the safer investment options over the past few months.

As tweeted by Mike McGlone, the senior commodity strategist at Bloomberg Intelligence, the cryptocurrency is heading towards becoming a “risk-off asset” after a year of healthy trading. This comes as a massive contrast to the usual comments of Bitcoin’s reputation as an inherently volatile asset.

#Bitcoin in Transition to Risk-Off Reserve Asset: BI Commodity — Well on its way to becoming a global digital reserve asset, a maturation leap in 2021 may be transitioning Bitcoin toward a risk-off asset, in our view. pic.twitter.com/Ycr1LSqEAJ

Showing Bitcoin’s historic trends and possible trajectory, McGlone pointed out the average price and Liquid Index. The data shows at certain points how the candles are lending themselves to a strong future. According to the estimations set, Bitcoin might peak at a whopping $400,000 USD per token. It seems the analyst pointed this out specifically with institutional investors in mind. As Bitcoin has matured, institutional interest seems to have come part-and-parcel with more mainstream adoption.

While other analysts have predicted Bitcoin rallying, some have had conservative approaches. However, it’s worth Bitcoin’s bullish activity has proved seemingly outrageous predictions as truth. Last year, PlanB bullishly suggested Bitcoin would reach $55,000 USD – a figure which critics took as startlingly high. Bitcoin smashed this figure earlier this month to surge to trade over $60,000 USD at its all-time high. Other predictions for Bitcoin are still to be seen. Both Anthony Pompliano and Max Keiser predict Bitcoin will see a price tag of $100,000 USD (with Pompliano expecting this by the end of this year). The Winklevoss twins forsee Bitcoin surging even higher – overtaking gold as the hottest commodity to hit over $500,000 USD. Only time will tell whether the token will reach these prices. As it stands, the volatility coupled with the strength of the gains seem to be playing in the favour of wider-spread adoption and continued high prices.

The post Bitcoin to $400,000? Yes, according to Bloomberg analyst appeared first on Coin Insider.