Bitcoin still poised for volatility, according to Bank of America 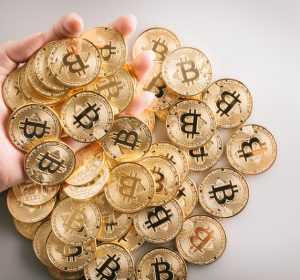 “Bitcoin is extremely sensitive to increased dollar demand. We estimate a net inflow into Bitcoin of just $93 million would result in price appreciation of 1%… What has created the enormous upside pressure on Bitcoin prices in recent years and, particularly, in 2020? The simple answer: modest capital inflows.”

Bitcoin is looking at an almost $1.1 trillion USD market cap, which is approximately one-tenth of that of gold. According to the national bank’s research, Bitcoin sees double the volatility of gold. While Bitcoin has existed for nearly 12 years, the cryptocurrency still maintains a reputation of volatility as an asset in the market.

Why is Bitcoin so sensitive to price changes?

According to The Bank of America research team, Bitcoin’s room for such latent volatility is as a result of whale investors holding such stock in the market. The largest addresses, according to their data, have not been selling since this time last year. This correlates with the beginning of the pandemic.

While the Bank’s suggestions paint Bitcoin in a particular light, the research aligns with that of Glassnode which has found that the majority of Bitcoin’s supply is illiquid since the end of last year. According to Glassnode, only 20% of the current supply of Bitcoin is available to trade and buy on exchanges.

The post Bitcoin still poised for volatility, according to Bank of America appeared first on Coin Insider.