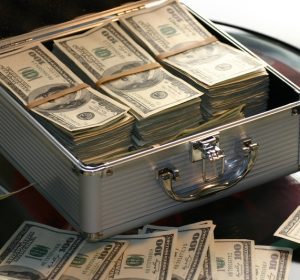 While Bitcoin price continues to try to find its strength again after a hard correction, the market capitalisation of the cryptocurrency has dropped below the milestone $1 trillion USD mark again.

Bitcoin, which has been bullishly gaining in the first three months of the new year, took a knock last week to dip over 12% from its all-time high trading value. After bagging over $60,000 USD – another milestone for the cryptocurrency – the market cap was sitting at a strong $1 trillion USD. Dropping back to trading below $52,500 USD, the Bitcoin market cap is now sitting at $980 billion USD. While this is still healthy, it is a $140 billion USD drop in the past seven days.

Earlier this week, Bitcoin analyst and crypto bull Willy Woo noted that he thinks the total market cap of Bitcoin won’t fall back down below the milestone again.

Bitcoin price correction as investors cash out for profit

It’s been suggested that the reason behind the correction is firms and retailers are looking to take profit after Bitcoin hit its new record high value. As per analyst Josh Rager:

“Unrealized profits aren’t realized until they’re in the bank.”

He continued to note that firms and investors will all end up taking profit, even if they have suggested otherwise in the past. Pointing towards MicroStrategy’s CEO Michael Saylor, he added that they will sell high and buy low – a strategy which traders undertake to maximise profits.

“Don’t try to act like Saylor won’t take profits eventually, cause he will along with every other fund on the planet. Then they’ll buy back lower.”