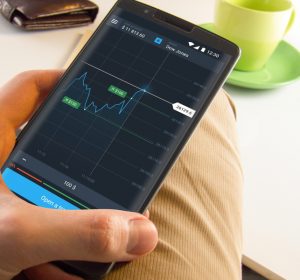 The price of Bitcoin might look like it’s standing still after falling nearly $5,000 USD below its recently hit all-time high, but some analysts think this is still just the beginning of the bull market and a fresh rally is on its way.

According to one of cryptocurrency’s bullish analysts on Twitter, PlanB, Bitcoin is “nowhere near the end” of its current bull run. With a chart indicating the historic trend and possible trajectory, he tweeted that Bitcoin “is just getting started”:

IMO we are only ~4 months into the bull market and nowhere near the end of it .. #bitcoin is just getting started pic.twitter.com/6n0B15rqyB

PlanB famously uses his Stock-to-Flow model to indicate and predict the price of Bitcoin. Often optimistic in his predictions, PlanB’s expectations are that Bitcoin is still on its way to soar to new heights during this bull rally. In the future, he suspects Bitcoin will reach the unchartered territory of trading strength and health as an alternative asset.

Bullish sentiment from investors and analysts

Other traders and investors also remain positive about the near future of the cryptocurrency market. Tone Vays also suggested that Bitcoin is currently facing a correction, but it’s merely consolidation and that the middle of the year will see a new record high in trading value. He did note, however, that Bitcoin might still face a stronger correction to hit a lower trading value than currently.

At present, Bitcoin is trading at nearly $56,000 USD at a minor increase in day-on-day trading. Should Bitcoin maintain its current value and hold it, it’s possible that the rally might just continue at healthy stability. If this is the case, the market will be looking at sustained strength heading into the rest of the year.