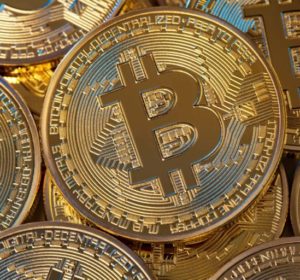 Bitcoin Gold (BTG) has seen a massive gain as traders accidentally buy the wrong altcoin, in a possible bid to buy a “cheaper Bitcoin”. As a result of this, Bitcoin Gold is looking at a nearly 200% increase in its weekly trading values – a price that spiked up by 30% daily gains to see a $113 USD price tag. The altcoin, a Bitcoin hard fork, hasn’t seen high values like this since the bull run in 2017 and hasn’t experienced this price since February 2018.

Bitcoin Gold gains as a result of new Bitcoin fund

Bitcoin Gold’s fresh wave appears to be because of a new Bitcoin fund from Brazillian firm BTG Pactual. As the fund is looking to team up with New York cryptocurrency exchange Gemini for custody management, it seems as though investors saw the firm’s name and anticipated a surge of attention to the token. Despite the fact that BTG Pactual’s name has the ticker of Bitcoin Gold, there is no correlation between the two in reality.

We’re so early that people buy #Bitcoin Gold BTG, because there is a new fund called BTG Pactual

No, it’s not a cheaper Bitcoin! pic.twitter.com/CEdaCLVruE

What actually is Bitcoin Gold?

Bitcoin Gold came as one of the hard forks stemming from Bitcoin’s blockchain in 2017. The altcoin came at a similar time to Bitcoin Cash, but neither of the two has experienced any of Bitcoin’s success in gaining both the market’s attention nor its trust. Bitcoin forks are a split from the leading cryptocurrency, but with changes that the development team wanted to make to Bitcoin. As a result, the fork has some of the properties of Bitcoin with changes and without the original community and value.

The post Bitcoin Gold (BTG) sees a spike after Gemini teams up with Brazillian firm appeared first on Coin Insider.