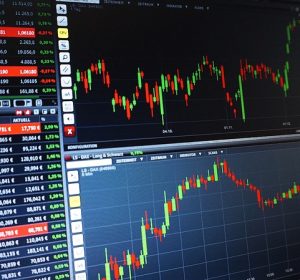 As Bitcoin struggles to retain semblances of dominance, it might slip further in value if support levels don’t manage to hold strength according to Delta Exchange CEO. According to Pankaj Balani, the head of the cryptocurrency derivatives exchange, Bitcoin might drop to as far as $40,000 USD if it doesn’t hold its strength.

In an interview with Bloomberg, Balani noted that Bitcoin could dip further in price as it carries on seeing red in the market. Right now, the cryptocurrency is looking at almost $56,000 USD – a near 4% dip in daily trading value. According to Balani, if Bitcoin can’t hold $50,000 USD, it risks losing its price to the bears and could slip as low as $40,000 USD. The support, he believes, above $50,000 USD is not only for Bitcoin. If the leading token fails to retain this level, the other cryptocurrencies in the market risk moving lower too.

For some time now, Bitcoin has been trading sideways with no real point of direction. It might take a push for the token to see a rally or a dip, but some movement is likely on its way. As altcoins make waves, like Dogecoin which took a major tumble over the weekend, Bitcoin’s dominance also continues to battle. At present, Bitcoin is looking at a weak 43.96% dominance –  a mark that usually represents “alt season” where the alternative tokens rally. However, at the time of writing, the market, in general, is looking at a wave of red with few tokens showing weak increases.

At present, the leading cryptocurrency is Revain (REV), an Ethereum-based protocol designed to enable developers to receive feedback about the projects in order to build better platforms.

Ethereum itself is looking at a bullish above $4,000 USD price tag, with a 0.45% increase in daily trading. If the leading altcoin can maintain the $4,000 USD mark of support, it could see a rally within the week.