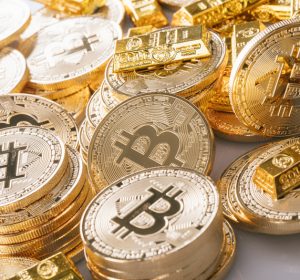 Despite the bearish correction during the week, the cryptocurrency market is looking optimistic as the US Federal Reserve implies that there might be an interest rate increase next year if the economy continues to show a brighter future.

Following an announcement and forecast from the Federal Reserve, analysts suggest that Bitcoin will gain momentum again to continue the rally. As reported, economic factors and employment opportunities seem to be on the rise in the US which will likely have a positive effect on the cryptocurrency market:

“Following a moderation in the pace of the recovery, indicators of economic activity and employment have turned up recently, although the sectors most adversely affected by the pandemic remain weak.”

Following a minor dip in the market, where Bitcoin failed to maintain the $60,000 USD mark it saw at the beginning of the week, Bitcoin saw a rally to gain nearly 5% in daily trading. Moving from trading below the $57,000 USD level, Bitcoin jumped to above $58,000 USD. The momentum for the market continued to build following the Federal announcement as well as after it was announced that investment banking giant Morgan Stanley will offer investors access to Bitcoin-related products.

Analysts, including stock-to-flow model PlanB, thinks Bitcoin’s still on its way upwards. According to PlanB’s bullish prediction, Bitcoin’s not going to stop at $100,000 USD. Looking at the year to date, he suggested that the Bitcoin bull market is just getting started:

In addition to Bitcoin’s bullish future, the altcoin market is looking like it might be looking at a strong future. After Grayscale Investment announced that it’s adding new products to its offerings, the market saw a hike with the related tokens bagging a spike in trading.

ANNOUNCEMENT: 5 new products have been added to the @Grayscale line up!