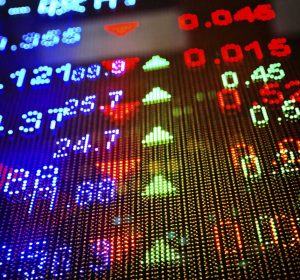 One of the world’s leading cryptocurrency exchange Binance is allegedly under investigation by the US Department of Justice as well as the Internal Revenue Service (IRS) following apparent efforts to hide illicit trading from users within the United States.

As per a breaking report by Bloomberg, the two agencies are currently investigating Binance Holdings Limited regarding illegal transactions that users might have undertaken using cryptocurrency through Binance’s trading platforms According to the report, the investigation is looking into Binance by seeking information and insight from employees, staff and customers. However, it’s been implied that not all inquiries are directly tied to the allegations. The report noted that the information has come from anonymous sources – requested owing to the confidentiality of the investigation.

Binance’s response to the matter

While Binance hasn’t let out a public announcement,  Jessica Jung, spokesperson for Binance, has provided that Binance takes all of its legal obligations “very seriously and engage with regulators and law enforcement in a collaborative fashion.” Changpeng “CZ”, Binance CEO commented on the news, saying on Twitter that Binance is rather on the side of the law and is collaborating with the agencies rather than working against them:

The “news” title is bad. Article itself isn’t so bad actually (but who reads). It described how @binance collaborated with law enforcement agencies to fight bad players, but somehow made it look like a bad thing…

Anyways. Back to work.

Bitcoin and the cryptocurrency market

As the news broke, the price of Bitcoin fell immediately by 5% from a trading value of $50,270 USD to plummet to $48,036 USD at the time of writing. That’s looking at a daily trading dip of more than 10%. In addition to Bitcoin, the entire market is looking at a wave of red. Ethereum, which had been looking at record-breaking high levels in trading value, has seen a 10.4% decline in price. Recently in the spotlight for its surging performance, Dogecoin has experienced a nearly 15% drop in trading value.