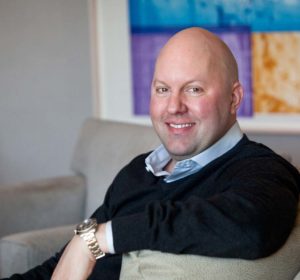 Major venture capital firm Andreessen Horowitz is apparently looking to focus its efforts on another cryptocurrency fund despite Bitcoin s weak close to the month. It does follow the news of other institutions entering the market, with top-tier corporations including Tesla turning their attention to the space.

According to Financial Time, the VC firm is aiming to raise funds for the investment fund focused on cryptocurrencies As reported by Financial Times:

“The new fund, Andreessen’s third that is focused on cryptocurrency investments, is aiming to raise between $800m and $1bn from investors, according to four people with knowledge of the process.”

According to Financial Times, Andreessen Horowitz also operates under the cryptocurrency-focused a16z. This name is fully concentrated on crypto and blockchain projects, having invested in several projects in the industry. The entity is planning to launch its third fundraise in the industry.

The firm is no stranger to cryptocurrency and has a significant investment in Coinbase after the crypto exchange hit the public trade market in April. According to Financial Times’ reporting, the venture capital held nearly $11 billion USD when Coinbase was listed and has since offloaded approximately $120 million USD of its stock.

Last year around this time, a16z also launched fundraising for its second cryptocurrency-centred investment. At the close of the funding, it saw a tidy $515 million USD come into the fund after looking to raise $450 million USD.

This move marks the furthering of institution interest – a theme that sparked Bitcoin’s massive rally over the course of last year. As investors see firms and organisations with the weight behind Andreessen and Tesla, it attracts optimistic attention and promotes positive sentiment towards the market as a whole. Experts and analysts foresee the industry headed to new heights as more firms invest and hold their assets in the market.